44-Clove Garlic Soup The Anticipation is Growing...
Stephen Waltz
Are You Watching Your Waste?

In the early 90’s I was managing a cafeteria style restaurant that was struggling. The owners partnered with another concept and we remodeled and reopened as a buffet style restaurant. The business quadrupled, we were serving around 13,000 customers a week and life had changed as we knew it. Amongst the numerous issues, our trash hauling needs also quadrupled and we were using tremendous amounts of food.

We were using 150 cases of #10 can products and 100 four-gallon buckets of different products a week. The #10 cans were taking up a tremendous amount of space in our dumpsters and the plastic buckets were piling up. The trash hauler really had no program for commercial recycling and only suggested we get a compactor to help the situation. Not really liking the idea we went ahead and bought a can crusher to put in the kitchen and that helped reduce the volume with the #10 cans. During a meeting with the local senior center they asked me if we could save #10 cans for them as during the holidays they decorate them with cloth and other country-like materials and sold them as toilet paper holders to store extra toilet paper in the bathroom. They claimed they could sell lots of them at their Christmas Bazaars’.

If you want to get involved in reducing your waste, it takes some innovation and thinking outside the box.

The 4 gallon buckets were another issue. I and everyone else that worked at the restaurant or I knew had as many as they would ever use. Every once in a while someone would come in the middle of the night and think they are stealing the buckets, we just hoped they were using them. My wife and I actually saw some of them at a yard sale being sold for a quarter. After a few months a customer knowing of our excessive bucket accumulation informed me of a non-profit organization that collected old paint and mixed them together and donated the paint to help people paint their homes. We gave them as many as they could reuse.

One evening a staff member informed that there were a couple of men out back pulling trash out of our dumpster. When I approached them, they informed me that they had a hog farm and were taking the discarded food to feed to their hogs. The idea sounded like a good way to recycle our food waste.  We eventually started placing empty 4 gallon buckets at the prep stations and the staff was throwing trimmings and scraps into the buckets and they would come by each evening to pick up the buckets for their hogs.

I started with these examples because as I joined the “sustainability movement,” I realized that our efforts to watch our waste fell into the three R’s we hear so much about nowadays:  Reduce, Reuse, and Recycle.

The industry has developed equipment to assist with reducing the volumes of waste. Pulpers have been around for years and come in different sizes. They basically grind the waste thus reducing the volume.   There is also equipment to remove the water from the pulped waste which further reduces the volume. Finally, in just recent years equipment has been developed to dehydrate the pulped material that further reduces the volume. These methods all come with costs and the larger the operation the higher the cost.

Another idea is Composting, but that’s a topic for another day. 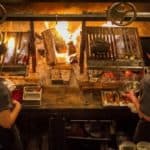 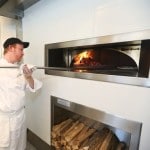