So You Want to Open a Restaurant Can Schools Really Serve Healthy Food? 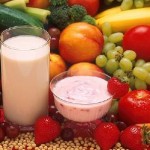 Cini•Little celebrated the career and accomplishments of William V. Eaton, Principal, who announced to his colleagues his retirement after 45 years of leadership and service to the company.  Bill’s career reflects his passion for foodservice and engineering, the two disciplines he studied at his beloved Alma Mater, Cornell University.  During his career, Bill applied this knowledge to various areas of the hospitality field, holding management positions in design or engineering for airline catering and commercial restaurant operations before turning to consulting.

Joining Cini•Little in 1971, Bill was able to offer his expertise to a broader range of foodservice clients, and he has been responsible for managing a diverse portfolio of high profile assignments throughout the world.  One of the most famous projects that he and company founder, John Cini, designed in the early 1970’s was the “Big Kitchen” for the World Trade Center, in collaboration with Joseph Baum.  The “Big Kitchen” introduced the public to the innovative “market concept,” cooking a variety of fresh foods to order in front of the customer.  The World Trade Center involvement continued almost constantly until 9/11, when a meeting of the 74th floor had been scheduled.

While Bill worked on projects worldwide, he seemed perhaps happiest working on projects in New York and Washington, DC, as well as the U.K. and the Middle East.  In DC, his designs have been seen in almost every building on the National Mall, from the Capitol itself to the many museums of the Smithsonian and the National Gallery of Art.

Bill helped to grow Cini•Little from a small startup firm in Bethesda, Maryland, to the international company it is today through his dedication to the client and his mentoring of the team.  He worked tirelessly, keeping a broad perspective on the industry but a close eye on the details.  His favorite joke, “Are you only working a half-day today?” came about because his day at the office frequently started at 6 a.m. and ended at 8 p.m.

Bill’s leadership style has always been to roll up his sleeves and work together to create a successful outcome for the client.  “Whenever there was one of those impossible situations upon us, Bill was always the voice of reason and somehow made the situation into a great opportunity.  Bill has been a mentor and friend to me through the years and will be missed by me, our staff and our profession,” stated Dick Eisenbarth, President of Cini•Little.

Bill’s commitment to the industry is evident through his involvement in various professional associations.  Noted Cini•Little’s current CEO, Diane Dowling, “As I reflect on Bill’s long career, his generosity really stands out to me.  He has always been willing to give of his time and talent to develop the industry, evaluate new equipment, and mentor other professionals.”  Bill is a Past President and Fellow of the Foodservice Consultants Society International, as well as a Trustee and Life Member of the Cornell University Council.  He has also held leadership roles with the Society for Hospitality and Foodservice Management, and the Cornell Hotel Society, where he also served as International President.  He has been active as a Judge for the National Restaurant Association’s Kitchen Innovations Award since its inception in 2004.  Bill is considered an expert in his field and as such, he has written scores of articles related to trends and equipment in the foodservice industry.

Bill will continue to serve as Chairman of the Board at Cini•Little, but will be missed on a daily basis. 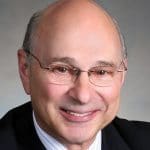 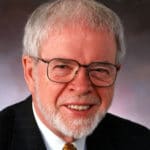